Zigbee vs. 6LoWPAN for sensor networks 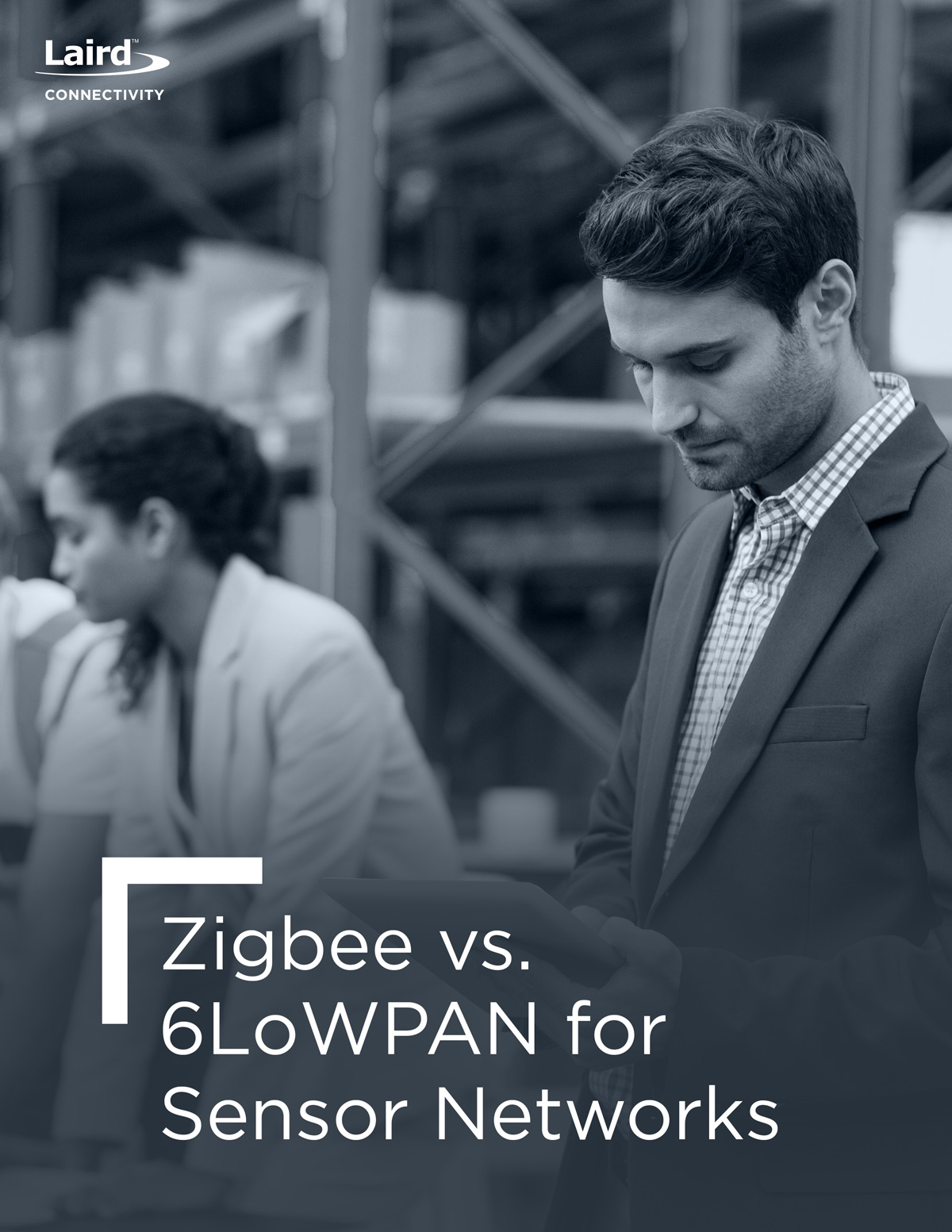 ZigBee is a networking layer built on top of IEEE standard 802.15.4 MAC. It was designed to provide a standards-based protocol for interoperability of sensor networks. 6LoWPAN, the new buzzword, appears to be competing with ZigBee.

So what is 6LoWPAN? Essentially, 6LoWPAN products have entered the marketplace as ZigBee’s competition, as it can utilize 802.15.4 – but even better, it can run on other PHYs, and it allows for seamless integration with other IP-based systems. 6LoWPAN is an acronym for IPv6 over Low-power Wireless Personal Area Networks; that name originated from the working group in the IETF.

So, which one to use? Consider these factors.

Interoperability is one of the leading factors when choosing a wireless protocol. In technical terms, interoperability means that the applications do not need to know the constraints of the physical links that carry their packets. ZigBee defines the communication between 802.15.4 nodes (layer2 in the IP world) and then defines new upper layers all the way to the application. This means ZigBee devices can interoperate with other ZigBee devices, assuming they utilize the same profile (similar to Bluetooth).

6LoWPAN offers interoperability with other wireless 802.15.4 devices as well as with devices on any other IP network link (e.g., Ethernet or Wi-Fi) with a simple bridge device. Bridging between ZigBee and non-ZigBee networks requires a more complex application layer gateway. The key requirement for IPv6 over 802.15.4 is that the maximum transmit unit (MTU) must be at least 1280 byte packets (per RFC 2460). Since the IEEE 802.15.4 standard packet size is 127 octets, an adaptation layer must be implemented to allow the transmission of IPv6 datagrams over .4 networks.

When comparing ZigBee and 6LoWPAN on 802.15.4, one must be familiar with the packet format and overhead, as this directly relates to the ease of network scaling and available room for payload data. Although there are alternative forms, typical configurations are shown below.

IP routing over 6LoWPAN links does not necessarily require additional header information at the 6LoWPAN layer. This cuts down on packet overhead and allows more room for the payload data. Also, the typical code size for a full-featured stack is 90KB for ZigBee and only 30KB for 6LoWPAN.

Both ZigBee and 6LoWPAN benefit from built-in AES128 encryption, which is part of the IEEE 802.15.4 standard.

6LoWPAN vs. ZigBee: Availability and Cost

All the major players in the semiconductor industry, such as Texas Instruments, Freescale and Atmel, promote and supply 802.15.4 chips which can be used for either ZigBee or 6LoWPAN. These same companies even offer free ZigBee stacks. Support for 6LoWPAN stacks seems to be trailing behind ZigBee. There is at least one open source stack available, and companies such as Archrock and Sensinode license their 6LoWPAN stacks.

6LoWPAN is pretty attractive, since it is IP-based—the standard Internet working protocol. However, ZigBee appears to be more popular and has been adopted by major players in multiple industries…and the ZigBee alliance just introduced ZigBee IP!