Designing for IoT? Keep Your Teams Close Together 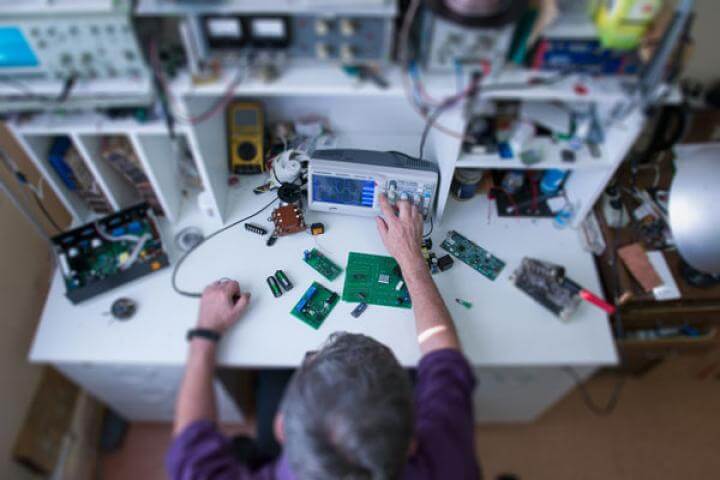 As we’ve mentioned in the past, RF engineering is a complicated science, a discipline characterized by radio waves behaving in unexpected ways. Getting it right requires a certain kind of expertise. It’s not only an exercise of quality engineering though. It’s equally important to be prepared from a project management standpoint, foreseeing the kinds of problems that can happen in development, and working around them.

One of the ways that wireless product design often suffers is by failing to communicate often and early in the design process. Wireless design involves multiple teams with different tasks, between software design, industrial design, RF engineering, and more. And when they don’t communicate effectively, it can cause big problems down the road for your product.

Out of Sync – Two Teams with Different Priorities

One of the big problems that can significantly delay a product’s design concerns intercommunication between your design teams. There are always several kinds of designers involved with a product launch, and this can lead to one of the most common problems in IoT design.

Too often, the placement and design of the wireless system is an afterthought to product design. Industrial designers will sculpt the exterior, determine a feature set, create something beautiful and functional, and then leave the wireless components for much later in the design process.

This is often because these are two different design teams with different priorities. The left hand doesn’t know what the right hand is doing until it’s too late in some cases. And while it’s not a product-killer, it can be very disruptive to a product’s wireless performance.

This can play out in a number of ways. It could be that industrial designers have used materials that block or damage wireless signal. It could also be that too little space is left inside of the enclosure for the wireless module and its antenna. In both cases, this could have been avoided, but once it’s too late there are concrete costs in terms of lengthening the design cycle to account for these mistakes.

When all designers are involved early in the process, outcomes are better and sometimes result in interesting new solutions. RF needs are an important requirement that shapes the early phase of designs, and when it’s known to industrial designers in advance, the two teams can collaborate on clever solutions that balance aesthetics, enclosure efficiency, performance, and other requirements.

For example, while industrial designers may settle on enclosure materials which block signal, RF engineers can prepare in advance and plan with an innovative solution such as a Molded Interconnect Device (MID), which embeds a trace antenna into the case itself.

This design presses the trace antenna inside of the injection-molded plastic of the enclosure, which solves a few problems: it doesn’t require additional space inside the enclosure, and it moves the antenna closer to the exterior so there’s less material for signal to penetrate.

A more traditional approach would be that RF engineers have the seat at the table early on to ensure there’s room for an embedded antenna without having to redesign for this at the end. RF engineers can also identify other parts of the design likely to interfere or alter signal, such as proximity of the device to attenuating objects like the human body. In either case, keeping all designers in the loop can prevent a team from moving too far in a direction without considering the impacts of the design on RF performance.

Great Wireless Design is No Accident

When bringing a wireless product to market, the road can seem unclear, and there are challenges all along the way that sometimes don’t reveal themselves until it’s too late. Laird Connectivity has a proven track record of bringing custom wireless solutions to market. Our product development experts can help you navigate the complicated path from concept to design, certification, manufacture and deployment.