Simplicity Studio template such as: soc-empty includes a script create_bl_files.bat/sh, which generates bootloader files including signed images for Apploader and Application firmware. The script once is run creates a folder with name output_gbl, where the signed images are resided. In order to generate the signed images for Apploader and Application firmware the private key file signing-key should be copied to the root folder of the project. The private key should be placed in the same folder as the create_bl_files.bat/sh script and the name of the private key file should be changed to app-sign-key.pem.

To run the script open command prompt on windows or bash shell on Linux and browse to the root folder of the project, where the script and private key files are resided. Don't forget to change the name of the private key to app-sign-key.pem before launching the script. Run the script using the command below: 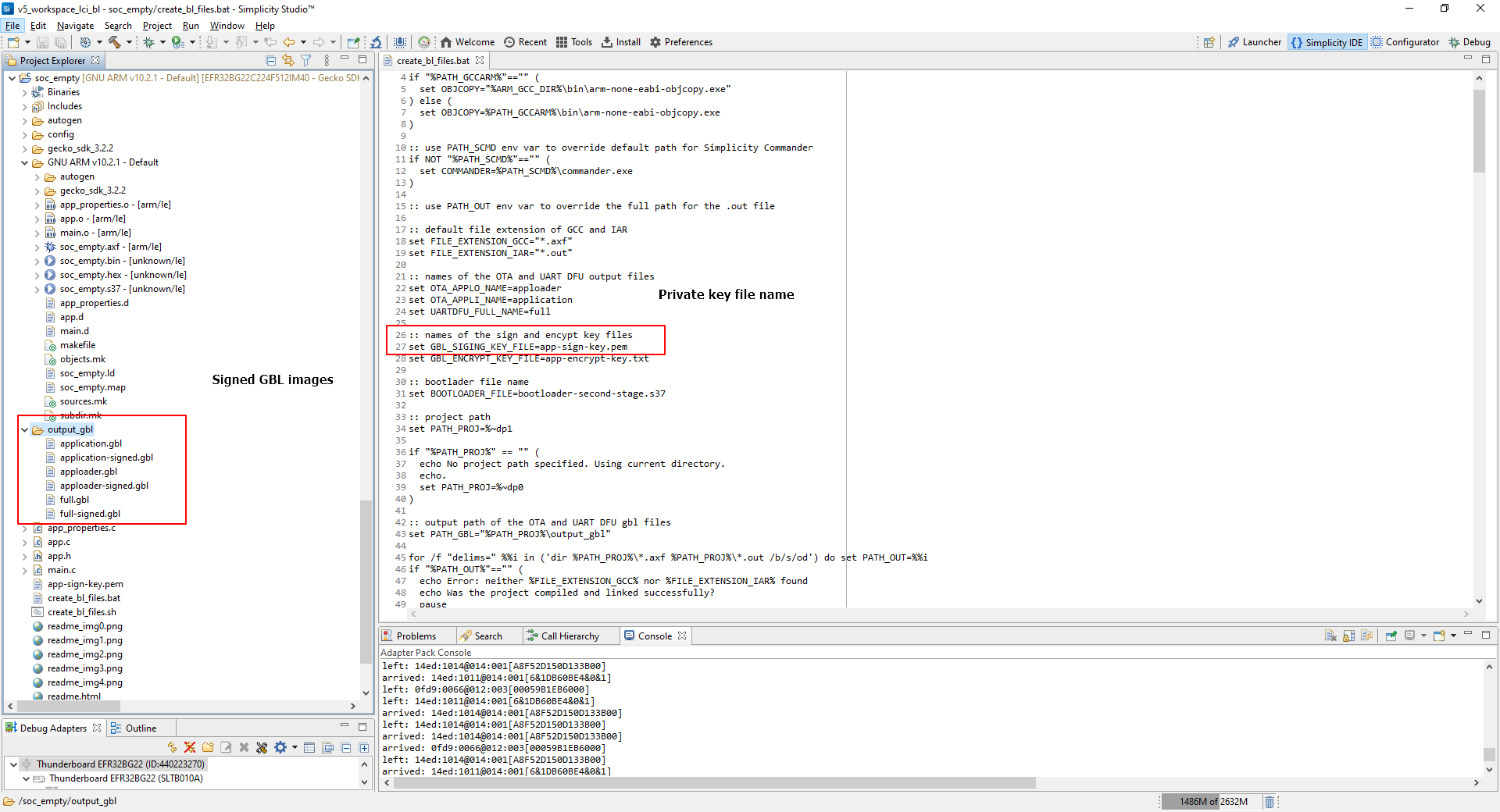