IoT Congestion is Challenging Engineers to a ‘Dual’ 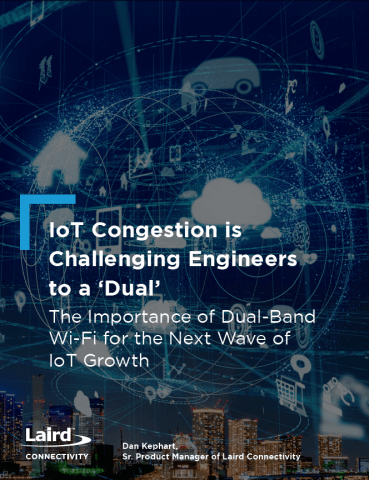 Engineers working on IoT design and deployment are being challenged to a “dual,” but this has little to do with battles of honor like the one that involved Alexander Hamilton and Aaron Burr. This challenge may not be worthy of a Broadway musical, but the stakes are high for people designing IoT devices and building out IoT networks that rely on Wi-Fi connectivity.

Because IoT networks in a range of industries rely so heavily on Wi- Fi networks, the resulting network congestion and RF complexity too often lead to degraded performance and reliability. The dueling demands of so many Wi-Fi-based IoT devices push Wi-Fi-based networks to their limits. As a solution, engineers can resolve all of these demands with the adoption of dual-band Wi-Fi. This provides dramatically higher performance and more reliable connections, even in highly-congested IoT environments such as industrial settings, hospitals, and manufacturing plants.