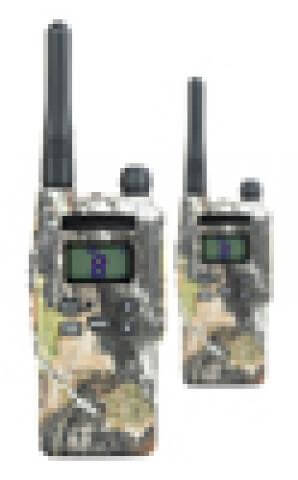 Advances in wireless technologies, networking and associated support electronics have dramatically increased the scope of machine-to-machine communications, moving M2M communication beyond proprietary, unlicensed wireless platforms to systems built on standards-based air and application interfaces and network infrastructure. M2M technologies have evolved along independent paths based on the implemented wireless platform. M2M solutions have been produced for cellular systems and WLAN infrastructures, and as networked wireless short-range devices (SRDs).

The divergent wireless technologies that enabled the expansion of M2M communications have now been merged onto a single platform: the smartphone. Generally, smartphone applications are known for man-machine-interface (MMI) information transfers. But one can draw application parallels between the MMI roles of the various subsystems in the smartphone platform and the substantial M2M role in military applications. In the case, the platform provides multi-mode wireless communications among commercial electronic systems that support applications such as appliance control, utility metering, building control and vending.

The platform is based on the Qualcomm 8-series Snapdragon smartphone chip set, which provides an application processor, cellular modem, wireless connectivity (WLAN/Bluetooth), GPS receiver and configurable M2M interface. The M2M’s configuration flexibility is afforded by an FPGA that provides a means of translating and controlling machine-based data sources,data sinks, on- and off-board sensor inputs, and actuator outputs between the application and the application interfaces, such as UART’s, Secure Digital I/O and general-purpose I/O.

The system architecture is largely centered on Qualcomm’s MSM8x60 processor and its companion ICs, which collectively realize the various forms of wireless connectivity. Unlike a packages smartphone platform, the unpackaged M2M module does not include the normally expected MMIs, such as the LCD display, touchscreen/keypad, camera and direct audio interfaces. Those interfaces are instead broken out to 0.5-mm-pitch headers for users who mayemploy external devices. The RF interfaces are available as coaxial connections using miniature U.FL-type connectors for flexibility in antenna selection and application.

The architecture comprises specific functional blocks that adhere to the flexibility we were looking. The application processor is a Qualcomm asynchronous I.5-GHz SMP dual-core Scorpion, based on the ARM V.7 Cortex instruction set, that supports Android and other operating systems. One core is committed to applications and the other to wireless connectivity functions. The memory systems supports up to 2 Gbytes through a 333-MHz ISM or 266-MHz LPDDR2 interface.

The hardware platform supports the common cellular telephone bands associated with the CDMA, UMTS and GSM standards. This coverage is achieved through the combination of the cellular modem and air-interface support processor, plus companion radio frontend circuits. Data service speed up to 14 Mbits/second is realized through the HSPA+ modem.

Wireless LAN support for IEEE 802.11b/g/n is realized by the processor working in concert with the WCN1214 WLAN radio. Bluetooth (BT 3.x +HS, Bluetooth 4.0/LE) is supported through the addition of a WCN2243 Bluetooth radio IC.

The processor includes a GPS receiver/engine that implements gpsOne, Qualcomm’s version of Assisted-GPS. The engine can operate as a standalone GPS receiver or in A-GPS mode.

MMI breakout connectors are available for input devices such as touchscreens and keypads. The standard audio outputs are broken out to support microphones, speakers and direct line audio I/O. The audio interface supports audio features such as noise/echo cancellation and multimedia features such as Dolby 5.1 Surround.

On-board physical sensors are included in smartphone platforms to assist in MMI functions and other general applications normally associated with smartphones. Examples of such sensors include accelerometers and gyroscopes for display orientation/gaming, magnetometer compasses and barometric pressure sensor-based altimeters for navigations, and ambient light/proximity sensors for display brightness adjustments and smart-power management.

A low-power FPGA, such as the Microsemi/Actel Igloo AGL125-AGL400 series, manages the standard wires interfaces that connect to the applications processor. The FPGA affords flexibility in the interfacing of data sources/sinks and sensors, and offers capability for enhanced power management control.

The Snapdragon processor is highly optimized for power management in the support of its feature set. The FPGA, however, enables external power management of the chip set in terms of low-duty factor operation through automatic periodic-operation timers or through the use of a real-time clok (RTC) and time-of-day scheduling techniques.

RTC functions can be further supported through the use of the onepulse/second timing reference and NMEA 0183 messaging provided by the GPS engine.

The interface FPGA also supports an independent nonvolatile memory to accumulate and store sensor/machine data when the system is inactive. This allows the lowest-power operations while maintaining sensor/machine connectivity, without activating the smartphone processor.