For Your Legacy Applications, Getting Smart Means Going Wireless 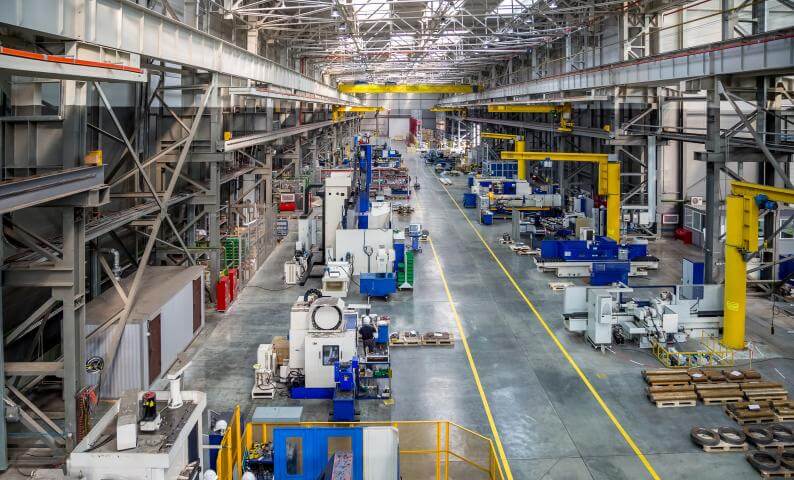 For OEMs of legacy equipment, the race is already on to find ways to capitalize on the wealth of valuable data already inherent in their existing designs. Manufacturers have devices out in the field with the potential to track, measure, or sense lots of valuable data. The challenge is in identifying what that data is, and how best not only to measure it, but to get it from the ground to the cloud.

In upgrading legacy applications, this most often will mean appending sensors or adding compute devices to existing equipment, in order to generate that useful data. But to take the next step and move data up to the internet, there are several problems that OEMs need to address. Access to the network where their device lives may be restricted. The device may be in a location where the OEM can’t run wire or install network infrastructure. In these cases, without a clear path to network connection, manufacturers choices may be extremely limited.

This is why wireless is the best upgrade path for adding wireless to existing applications. We’ll look at a few application scenarios where wireless is preferable, or where it might be the only option. We’ll examine advantages over traditional wired connections, and what kinds of devices might be ideally up to the task of bringing smart IoT connectivity to your legacy designs.

Vending – A Wealth of IoT Device Data in a Network Desert

A perfect example of a device in a location that the manufacturer has little control is the vending machine. They are by necessity installed off-site from the owner, and they receive little more than a power outlet for their operations. But the IoT use case is clear. If a vending machine can be connected to the internet, its owner can track inventory, monitor sales, measure operating temperatures, and send resuppliers for just-in-time service. There’s a wealth of data, but seemingly no route for it.

This is a perfect scenario to retrofit sensors to a wireless module that leverages low-power, wide-area networking to reach the internet. A vending machine can be outfitted with various sensors to track this data, and connect them to a central IoT sensor which accumulates that data and sends over a protocol like LoRaWAN or cellular LTE-M. These technologies are light on power usage, with a range as high as 15km.

What this means is that with minimal effort, machines can be upgraded to smart vending machines with two viable routes to the internet: LoRaWAN (by connecting through either a public or private LoRaWAN network) or LTE-M (via an existing cellular tower). And this hardware can operate for years on a coin cell without replacement or intervention.

Hospital Devices – Dealing with IoT Devices That Are Constantly Moving

Another reason that wireless might be a necessity is when your devices are constantly on the go. In hospitals, medical equipment can move around from patient to patient, never constrained to one location. A device might be moved between several rooms in a day. And with devices in unpredictable locations, it can be impossible to rely on a nearby ethernet connection.

This is a scenario where a sensor/gateway setup allows you to take advantage of wireless in your product design, no matter where the device moves. LoRaWAN is notably effective in difficult RF environments, and particularly in environments with a large amount of reflectivity (large metallic areas) that scatter and degrade wireless signal.

Additionally, by using a combination of short-range Bluetooth Low Energy sensors and in-room Bluetooth-enabled gateways, your gateways can identify device location by signal strength and proximity, creating a low-power asset tracking framework. The low-power nature of this arrangement means you can fit a location beacon to your device with a battery that can last for months or years. The result is that your medical devices can report data and location via BLE to any nearby LoRaWAN gateway, which can relay data to the cloud via LoRaWAN or cellular.

The Manufacturing Floor – Lots of Network Connectivity, But Not for You

Today’s manufacturers’ processes are smarter and better tracked than ever, thanks to computerized itemization, SCADA sequencing, real-time location tracking and more. But due to the high costs of downtime and the specialization of the networks involved, there can be little to no incentive to allow your smart devices onto a manufacturer’s existing wired network. Additional devices mean more bandwidth and more points of potential failure, and the customer may be hesitant to put their setup at any additional risk.

In scenarios where a network is this fiercely guarded, wireless offers the ability to drop new devices around an existing network, no matter how complicated, with no interference to the existing system. And even if there are existing wireless networks, like Wi-Fi networks, your devices can operate without interference. Protocols like LTE-M and LoRaWAN operate in different frequency bands than Wi-Fi and Bluetooth, so your system can be co-located with other networking technologies with no impact to performance.

In manufacturing, every minute of downtime has serious impacts to downline processes. Technologies like LTE-M and LoRaWAN can offer your customer the confidence that your wireless devices have their best interests in mind, and can sell your solution as a true upgrade without introducing new resource draw on their legacy systems.

LTE, Bluetooth, and LoRaWAN – Sense Farther, Easier, and For Less

In all these scenarios, areas which suffer from no connectivity become instantly accessible, opening new possibilities for smart devices that were previously impossible. Wireless designs save you time, money, and installation hassle, and can achieve range that was previously near impossible on a battery.

Laird Connectivity’s line of Sentrius™ Series IoT Gateways and Sensors offer a reliable, industrial-grade blueprint for smart devices and applications. Packaged Sentrius BT510 sensors for temperature, shock, open/close door, proximity, and more are available to start harnessing the data in your designs and empower your most ambitious IoT scenarios. Our IG60 gateways provide a rugged, industrial design with multiple interfaces to bring data to the cloud, including serial, ethernet, USB, Wi-Fi, Bluetooth, and more. And our RG1xx Gateways are easy to configure with our RS1xx Sensors to very rapidly start moving temperature and humidity data to cloud platforms like AWS, Senet, and The Things Network.

Learn more about how our portfolio of IoT devices can jumpstart your innovations. Visit our IoT Devices page for more.