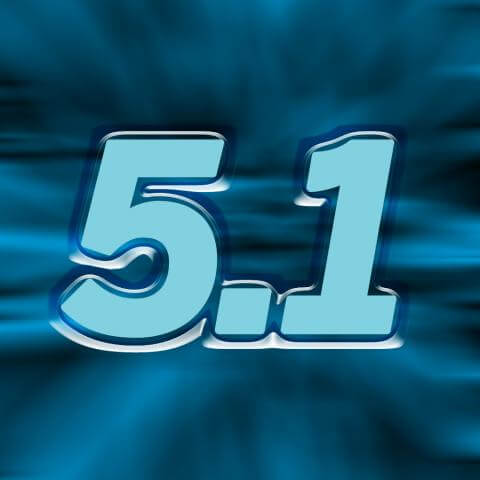 In a Wave of New Devices, Bluetooth 5.1 is Arriving

Since Bluetooth’s infancy in 1999, Bluetooth’s scope and feature set have grown dramatically, from a focus on wireless headsets to ubiquity in all short-range wireless devices and applications. And with subsequent specification releases, Bluetooth has transformed to allow intermittent sensor connections, much longer range, and a world of new use cases that were never originally dreamed possible. Every new iteration of Bluetooth has made it stronger, more useful, and ultimately more appealing, contributing to its near universal adoption in wireless applications.

Bluetooth 5.1, the second-most recent standard, was presented by the Bluetooth SIG on January 21, 2019, and has made its way into available Bluetooth hardware. It introduces several fixes, enhancements, and new features. In our premiere episode of the Connectivity Corner podcast, our hosts Bob, Rikki, Jennifer and Mahendra talked through some of these new Bluetooth 5.1 features and their implications. These updates improve connection speed and performance, but also create a brand new use cases for location and tracking.

We’ll look today at a few of the most critical new features in Bluetooth 5.1, which include AoA / AoD , advanced GATT caching, and changes to channel advertising.

Bluetooth 5.1 introduced additional direction-finding features that make it possible to ascertain proximity and direction between two devices. The applications are exciting – imagine losing your Bluetooth headphones, and then being pointed in their physical direction by your smartphone. Or the eternal problem – lost keys – now easily located thanks to a Bluetooth key fob that goes beyond playing “hotter/colder” and instead points you directly to your keys.

These are realistic scenarios achievable with Bluetooth 5.1’s new direction-finding features. The Bluetooth 5.1 spec defines a mechanism using Angle of Arrival and Angle of Departure to achieve it, which requires at least one of the devices have multiple antennas. AoA and AoD are different methods of achieving the same goal, which is taking multiple samples of a signal to determine where the signal has arrived from.

With Angle of Arrival measurement, a device with multiple antennas (Device A) takes an incoming signal from a remote device (Device B) through each of its antennas (as many as 74 antennas) and then processes those samples to determine which direction the signal came from, based in part on phase differences between what is received at each antenna. This is used to measure the expected angle that the signal originated from. 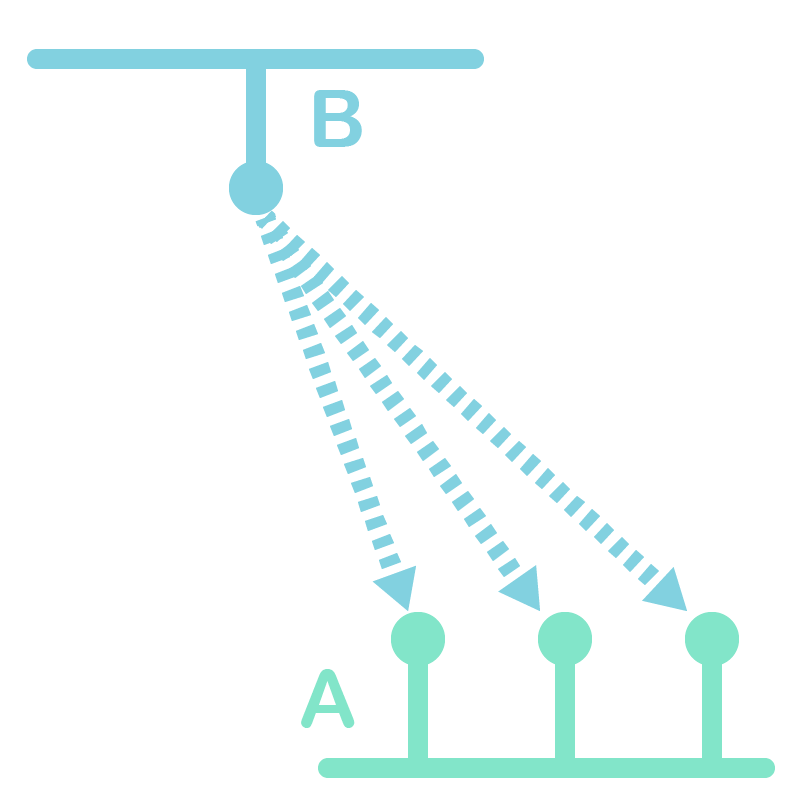 With Angle of Departure measurement, something similar is accomplished, but in reverse. In this scenario, the device with multiple antennas (Device A) sends the signal using multiple antennas, and the receiving device (Device B) receives all of those separate signals through its single antenna, but is also able to analyze the difference between these to estimate the angle from which they departed, and similarly calculate the angle to that device. 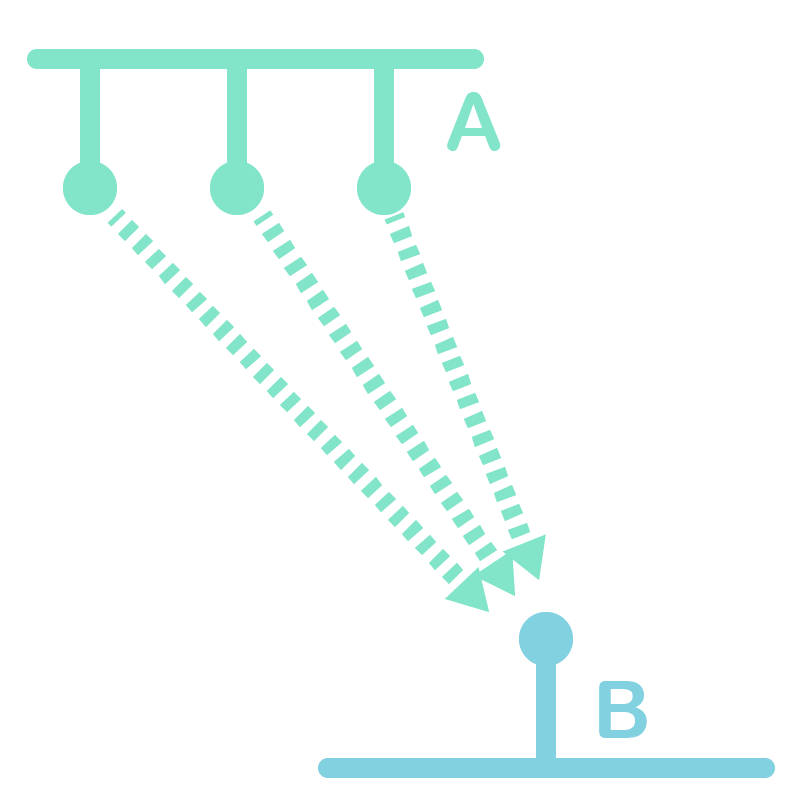 These are the beginnings of some truly exciting RTLS applications for Bluetooth. The future promises to bring even more exciting expansion on this principle. There is work being done to incorporate an additional measurable – time of flight – to further pinpoint device location. As our host Mahendra explained in Episode 1 of the Connectivity Corner podcast, with a combination of the angle of the device plus the time it took for the signal to arrive, you can reasonably calculate down to a few centimeters where a device is located.

In Bluetooth Low Energy connections, many aspects of traditional Bluetooth connection have been changed to support the needs of low-power sensor devices. One of those improvements is in terms of connection speed – the nature of these devices requires them to be able to fall asleep for periods of time, then to wake, quickly connect, and send data before falling asleep again. This is facilitated by the GATT table, which is the way that Bluetooth LE devices send data back and forth.

The GATT table is populated by services and characteristics.  When devices have a dedicated connection, the GATT table defines the application and facilitates the data types and the data needed to perform that application.

Importantly, in previous iterations of Bluetooth LE, it was required to perform a full service discovery every time devices connected. But in Bluetooth 5.1, it’s possible to utilize GATT table caching to make the connection, broadcast, and sleep cycle move faster, thus saving power. For those applications whose GATT services, characteristics, and descriptors do not change throughout their life, allowing caching of the GATT table saves a lot of time in this process.

One of the ways this is accomplished is by the utilization of a hash. When the client compares the hash of the database to its previous hash, it can determine whether the GATT table is exactly as it was on last connection. A matching hash allows the client to skip the entire read process. This also has implications for a client interacting with a large number of devices which are all similar in nature. In this way, when the client encounters a new device it has never seen before, it can also use that hash to determine if it can proceed as it did with the last device. This means every subsequent connection is significantly faster than the first one.

When Bluetooth LE was introduced, one of the mechanisms that enabled devices to find and discover connectable services was the creation of advertising channels. Advertising devices used those channels (37, 38, and 39) in a regular pattern to broadcast availability to other devices to initiate a connection. However, due to the regular nature of that pattern, an unlikely worst-case scenario developed: what happens when multiple devices wake and start broadcasting at the same time?

The result of this condition is overlapping broadcast channels, which would result in both devices being unable to find each other, since they would talk over each other when advertising their connectability. In Bluetooth 5.1, devices are now able to select channels at random to advertise a connection.

This change has a minimal impact on environments with few devices (the home, for example) but can be hugely impactful in environments with lots and lots of devices. In a warehouse with Bluetooth-enabled asset trackers, the number of devices can number in the hundreds or thousands, dramatically increasing the likelihood of an advertising overlap. This randomization has a big impact on Bluetooth’s ability to scale, especially in these more challenging environments.

The latest and greatest from the Bluetooth SIG was introduced January of 2020 in the Bluetooth 5.2 specification, and it introduces even more exciting new features that will dramatically change the future of Bluetooth.

One of the more exciting developments in 5.2 is the addition of LE Audio, which upends the traditional understanding of what Bluetooth LE is meant for. Previously, audio was only able to be sent over Bluetooth Classic, since Bluetooth LE didn’t offer the bandwidth to support a continuous audio stream. Now, audio is able to be sent over Bluetooth LE, and more importantly, the left and right stereo channel can be sent to each receiver at the same time. Previously, both streams were sent to one receiver, which then retransmitted the second stream to the second receiver.

Bluetooth LE Audio will also allow for one audio stream to be picked up by multiple receiving devices. This feature allows a crowd to all tune in to an ongoing Bluetooth stream. It’s also the basis behind Bluetooth audio sharing, which will allow users to share their audio connection with a friend for fully synchronized listening.

There are other improvements and feature changes inherent in the Bluetooth 5.2 specification, and certainly more to come. But one thing is clear: Bluetooth will used in exciting new ways that are currently impossible.

Not all of these features are currently available everywhere. While chipset manufacturers have Bluetooth 5.1 hardware available and that hardware is making its way into modules, not all features are available in all places. It will take development, testing, and the rollout of updated software to introduce this functionality.

Laird Connectivity’s Bluetooth 5.1 modules are the industrial, best-in-class wireless offerings that are ready when these features become available. They feature the latest in Nordic silicon, with a wide variety of antenna options. Our new BL653 modules, based on the Nordic nRF52833, provide a Bluetooth 5.1 module with Bluetooth 5.2-ready hardware, with 512 kB flash and 128 k RAM, and are hardware-ready for Bluetooth 5.2. 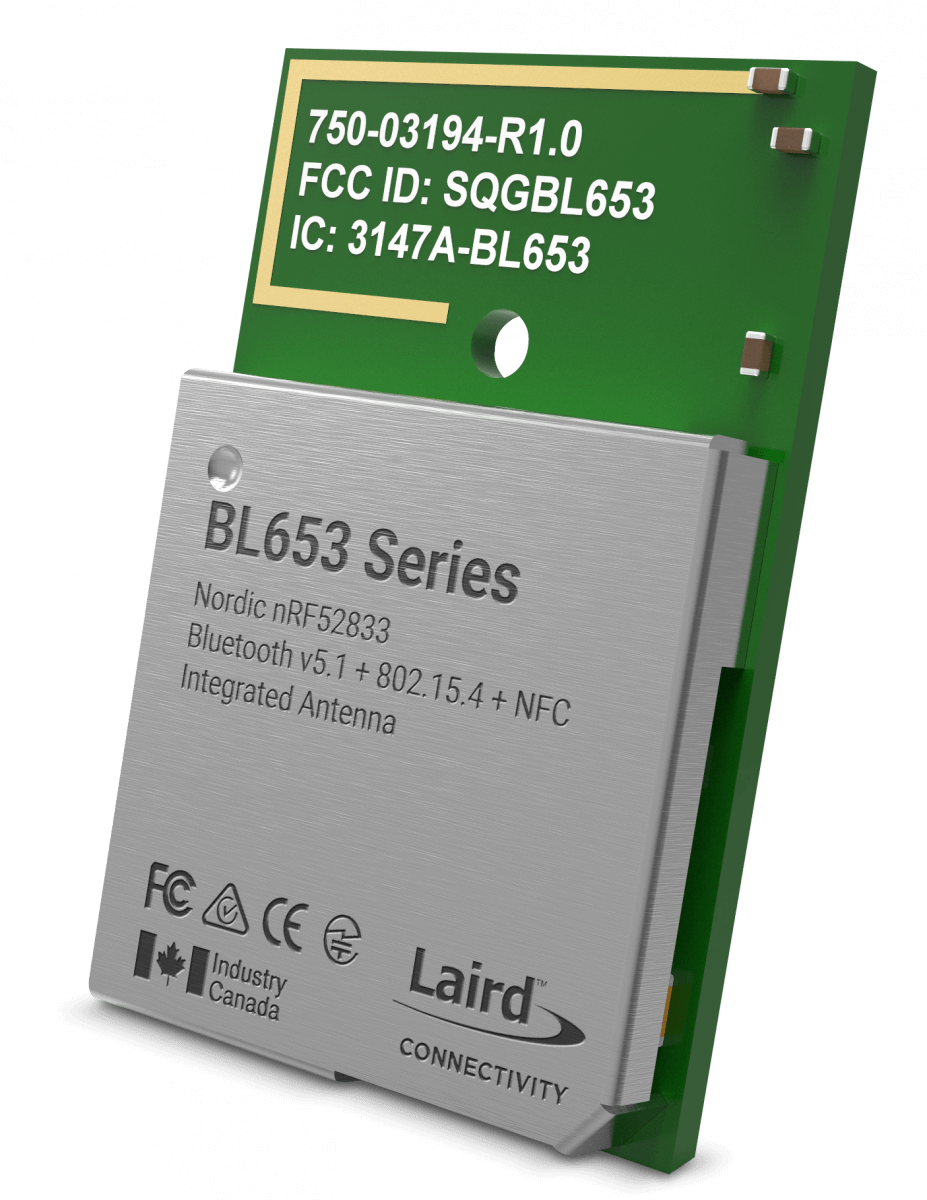