What Cellular 5G Means for the IoT 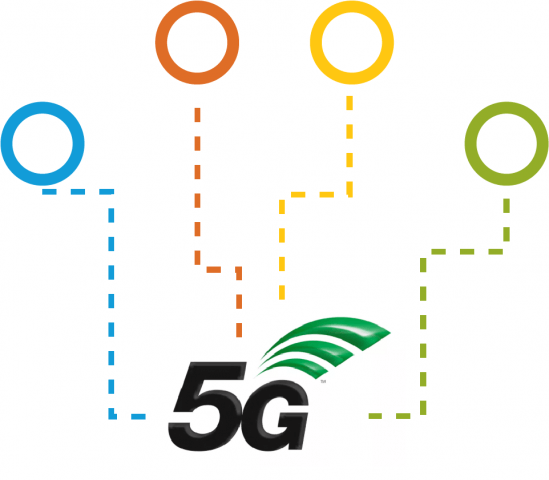 The next generation of cellular is just now making its way to consumers in small test launches around the world. It’s available in 20 U.S. cities, 6 cities in the U.K., Germany, Bahrain, South Korea, Sweden, and more. Ericsson estimates there will be 1.9 billion subscriptions by 2024. And Qualcomm expects 5G to create $3.5 trillion in revenue by 2035.

Like any new technology, there has been a considerable amount of hype around 5G. Some have gone so far as to describe it as a paradigm shifting technology, one that fundamentally changes what can be done with wireless. Ronan Dunne, Executive Vice President and Group CEO of Verizon Consumer Group, likens it to the beginning of a fourth industrial revolution. AT&T describes 5G by saying that it will “ultimately enable new experiences that will change how we live, work, and play.”

IoT devices have their own set of requirements, too. Some require more bandwidth than others, require only intermittent connection, or require instantaneous connection. Today we’re going to look at specific specifications and features of 5G, and what those will mean in a concrete way for devices in the IoT.

The reasons for this are many, but to start with, 5G truly brings an entirely new standard of performance to cellular devices. Devices will enjoy speeds of 1 to 20 Gbps (one Japanese carrier achieved shocking speeds of nearly 30 Gbps), which is anywhere from 20 to 200 times faster than is typical today. Increased bandwidth will mean extremely low latency as well, dropping from the current 25 ms latency down to 1-3 ms. That means enabling critical applications a faster rate of connection for when milliseconds count.

All of these advancements have a high significance for IoT devices, especially those which need to be able to respond immediately. Remote control industrial equipment, driverless vehicles, and even video games require the lowest possible latency to ensure that there is no time between the issue of a command and the action on the other end. Low latency is more than just a good user experience, it can be crucial for the safety for some wireless appications.

In addition, advances in MIMO technology, particularly in the direction of Massive MIMO antenna arrays, mean that enormous grids of antennas will intelligently steer signal, beamforming to ensure higher performance and more reliable connection to end devices within range. This means that the cellular infrastructure now does more to try and maintain connection with the client device.

Overall, these new features mean that cellular qualifies for more IoT applications than ever before. Where previously demands for high throughput, near-zero latency, or constant connectivity may not have been served ideally by cellular, that is about to change dramatically. Smart traffic monitors can transmit data about current traffic load in one thousandth of a second, so traffic patterns can be optimized to what’s happening on the road. Building security cameras and sensors can reasonably send video footage over cellular, even from locations that don’t have access to Wi-Fi or Ethernet.

This means that from lightweight sensor devices to high-volume data users, cellular is a more viable medium than ever before. In places where other networking options are impractical or impossible, cellular is now bringing wired performance to wireless spaces, and the IoT is sure to benefit.

Laird Connectivity is a key supplier of the highest quality cellular antennas for wireless operators worldwide, and provides powerful cellular modules as well. For more on cellular solutions from Laird Connectivity, visit our Cellular Solutions page.