The Pitfalls of Poor Wi-Fi Connectivity 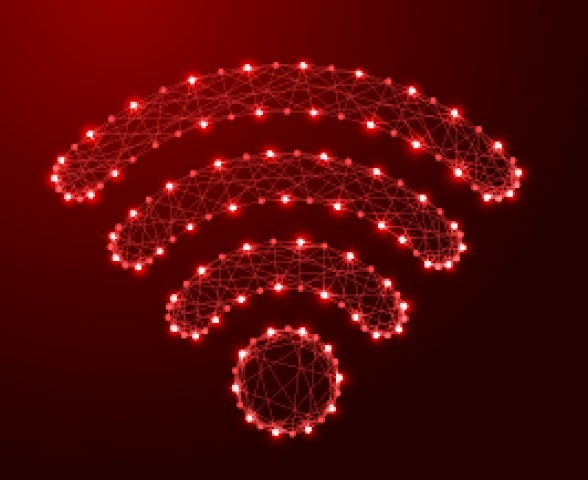 When it comes to the Wi-Fi component of a new product design, customers have a wide range of choices from various manufacturers. The product portfolio available from those manufacturers vary greatly in a number of ways: size, Wi-Fi specifications, supported features, and overall design quality. Your choice of wireless module has a huge impact on the overall performance of your device and on your customer’s experience.

Choosing a quality Wi-Fi component is a critical investment in your product – but for more reasons than you might think. Poor Wi-Fi doesn’t just mean a weak connection. The effects on the device are broad: insufficient battery life, shorter range, and low throughput. And the effects also extend beyond your device. In a worst-case scenario, an entire network suffers over a single underperforming client.

In this post, we’ll explore the many pitfalls of underperforming Wi-Fi. These include risks to your device and its network, and ultimately all the way through to your customer’s perception of your company at large.

Poor Wi-Fi and Your Device

When a Wi-Fi module is struggling to achieve a connection to the network, there are several drawbacks experienced on the client that have a negative effect. One of the ways Wi-Fi modules attempt to resolute a bad connection is via retries. By sending the message again, the module is attempting to convey the complete message to the access point.

In ordinary operation, this isn’t unusual. It’s a useful mechanism, and some interference is to be expected. But when a device’s Wi-Fi is particularly weak, those retries can compound significantly. What this means for a client is many times more messages than should be necessary, which has additional costs for the client. The impact on battery can be tremendous, but more important, your customer’s experience with the device is unpleasant.

This is an important point: when your device has weak connectivity, the perception is that the device is of low quality overall. Even the most well-engineered device can be degraded by bad wireless. And when that happens, customers cannot make a distinction between the wireless performance and device performance overall. Put simply, any design is only as strong as its weakest component, and poor Wi-Fi has a dramatic impact on how your customer perceives your product and its value.

Poor Wi-Fi and the Wireless Network

As disruptive as weak wireless can be to your device, its impacts on the network itself are equally destructive. An important consideration is that a poorly-connected device generates latency in the network. More latency means that the infrastructure, i.e. access points, dedicate more time to a failing device. And the runaway associated with that failure has impacts to every single device on the network.

Access points portion out time to all connected devices in the network as a means of sharing the spectrum and supporting a high number of clients. The nature of the IoT also means that more devices than ever are connected to networks as a means of providing sense, measurement, and control to a growing number of things. So when one device begins to suffer low throughput, high latency, and excessive retries, the cascading effect can run away quickly, causing other devices to suffer. It can drastically limit the overall number of devices that the access point can support as well, leading to some devices fully dropping off the network.

It's also important to note that those retries immediately impact neighboring devices as much as the infrastructure. When a failing client send multiple retries, it’s using the same frequency spectrum as every other device. Even well-performing devices can be completely crowded out, brought down by a fully-congested wireless space.

Quantifying the overall seriousness of this is difficult, and varies by lots of factors: how far devices are from the access point, their throughput, the number of devices on the network, and more. But a fair estimate is that a 50% packet error rate can lead a device to occupy nearly 200% as much network airtime. This means pushing other devices out of that airtime, a problem that also compounds if multiple struggling devices share the same network.

The takeaway is this: not only does poor Wi-Fi affect your device, it affects a network just as badly. This is a disastrous outcome for the end customer, and while they may not ultimately be able to trace this performance impact down to any particular device, they will certainly recognize the effect on your device itself.

The culmination of all of this impacts your business’ most valuable assets: your customer satisfaction and your reputation. For many devices these days and in nearly every industry, wireless is an incredibly important part of the user experience. Poor Wi-Fi means substandard device performance, which leads to frustrated customers and ultimately leads to bad word of mouth and reviews surrounding your devices themselves. It’s a long-tail problem, but customer perception is critical when it comes to wireless.

Great wireless performance is one of those features where when it’s working, it’s practically invisible to the customer, but when it’s not working, it’s impossible to ignore. It’s impossible to overstate the impact that this can have to your brand. High-quality wireless is no longer a nice-to-have feature. It’s risen to the level of being absolutely necessary, and when it fails, it becomes the face of your device.

Investing in high-quality Wi-Fi connectivity is essential to staying competitive in the landscape of IoT and other wireless devices. It’s necessary to look for high build quality, interoperability, enterprise features like fast roaming, and superior coexistence mechanisms for in-spectrum neighbors like Bluetooth. All of these contribute to Wi-Fi that’s dependable, long-range, low-latency, and which elevates your device and your application to exceptional quality.

Our product portfolio leverages our decades of experience with wireless design and our deep understanding of high-quality RF engineering. We manufacture Wi-Fi modules and Wi-Fi + BT combo modules that are ideally suited for high-performance Wi-Fi devices, as well as the explosion of new IoT applications emerging today.

Our 60-Series Wi-Fi + BT modules feature the Marvell 88W8997 802.11ac chipset with onboard Bluetooth 5.1. They’re available in SiP and M.2 form factor, as well as our most powerful and complete System on Module, the 60-SOM. They bring industrial grade wireless and enterprise features to your device for demanding, mission-critical Wi-Fi applications, and support higher throughput via 2x2 MU-MIMO configuration.

Our Sterling-EWB is our latest Wi-Fi module specifically designed for the IoT, featuring the Cypress CYW4343W chipset and ST Micro STM32F412 Cortex M4 microcontroller. The Sterling-EWB is designed for hostless applications, supporting 802.11n and Bluetooth 4.2, and can serve as the entire platform for the kinds of applications that define the IoT, such as standalone sensors, control units, and more.

For more on our Wi-Fi product portfolio, visit our Wi-Fi and Bluetooth modules page. 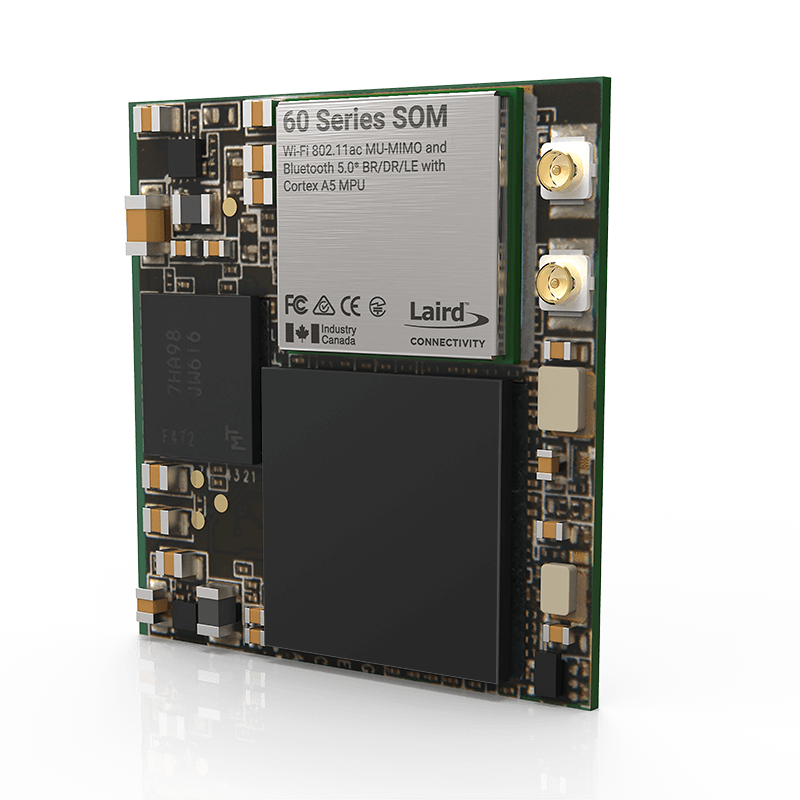