Hazards Ahead: Staying on Schedule with FCC Pre-Scans 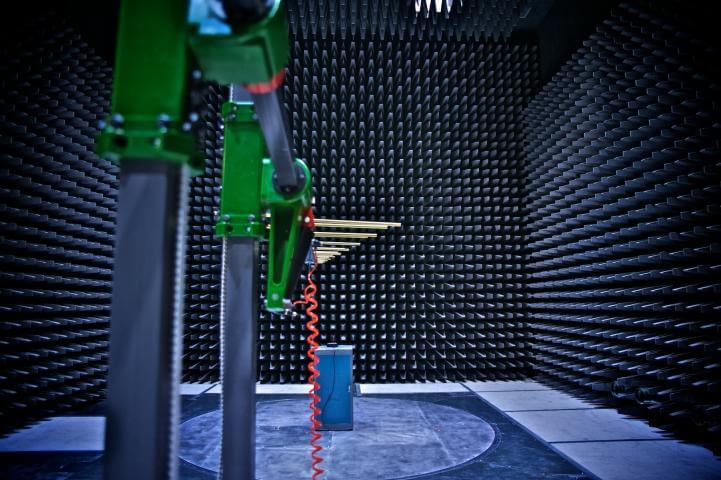 Laird Connectivity, in addition to being a wireless module, IoT device, and antenna manufacturer, is also a full-service partner in the development and testing of wireless products for our customers. In fact, we’re an accredited facility for testing wireless products for FCC certification. This means we encounter lots and lots of wireless products, assemblies, and designs. With all that hands-on development comes an appreciation for the many ways in which a well-considered wireless product can be taken off-schedule by the unknown unknowns of RF design. Simply put, developers don’t know what they don’t know about wireless behaviour until their product is subjected to the tests and procedures required for wireless certification.

As we’ve discussed in our white paper, “An Engineer’s Guide to FCC Pre-Scans,” it’s our experience that many product designers follow a five-step path to market:

This process is what many design teams do naturally: develop a product concept, iterate over multiple design phases, and when the product feels ready, pursue FCC certification. The problem is that in many cases, the first FCC certification approach fails at a late stage, and fail points require redesigns and development work that is costly and pushes production outside its allotted schedule.

In this post we’ll look at the most common areas where a design can suffer undesired effects and how pre-scans can identify them early, helping you keep your design cycle on track and withinn budget.

Laird Connectivity urges customers to consider a pre-scan process to gather early information on how the design affects the product’s certifiability. This approach gives customers ample time to make adjustments that ensure a smoother certification process.

The pre-scans approach is as follows:

The importance of pre-scans between prototypes is to gather important insights about unintended effects during the natural board design progression to avoid surprises when applying for FCC certification. The purpose of pre-scans is gathering this information and incorporating it into the iterative process, rather than having to account for it after a certification failure. It’s a small investment early in the process but can have a significant cost-savings effect over finding problems late in the design cycle.

Types of Tests Recommended for Pre-Scans

Our experience designing wireless products, as well as in helping our customers secure certifications, points to several common reasons that many wireless products fail their first certification attempt. For that reason, we recommend four types of tests for those integrating a wireless radio into their design:

These tests are covered in greater detail in our white paper, “An Engineer’s Guide to FCC Pre-Scans,” but are summarized below.

Even if you follow all the best design practices, it’s common for a design to accidentally radiate energy as a result of signals and clocks, and in the worst-case scenario that accidental radiation can interfere with other wireless communications. To ensure your design doesn’t fail this test and interfere with things like emergency radios, police communications, GPS, and more, this test checks against the FCC’s maximum allowable field strength limits, measured in microvolts-per-meter (mVm).  These limits are very tight, and a small result can be considered a failure

Board components like LCDs, high speed RAM (DDR memory), and switch mode power supplies are commonly responsible, but so are things like cables, cable shielding, receive mode oscillator, and more. Nearly all designs will incorporate components like this that can generate unacceptable interference, and an Unintentional Radiator test early on is the only way to be certain your design is within acceptable bounds.

Devices which operate on AC power, provided by wall outlets/utility power, are susceptible to AC-influenced emissions in low frequencies (sub-30MHz). If your design is exhibiting these conducted emissions, you’ll need to install filters in the device that mitigate those emissions. The particular problem here is that those filters are physically large by requirement, and it can present serious challenges to introduce a large filter device very late in the design process.

This can be caused by AC/DC power supplies, DC-DC Switch Mode power supplies, motors, or any other low-frequency hardware in your design. This also applies to wireless protocols that operate in low frequency ranges by design, like NFC and RFID (13.56 MHz).

Like many other kinds of electronic signals, RF signals generate harmonics off of their fundamental frequency. What this means is, for example, a radio operating at 2.4 GHz will also generate noise at 2x (4.8 GHz), 3x (7.2 GHz), 4x (9.6 GHz), and so on. They can be generated by the signal or even by the RF amplifier, and they must fall within an acceptable range for FCC testing.

This also means that some of the device’s RF harmonics, depending on the starting frequency and the multiple, also may fall into restricted bands for the FCC. This means an even lower tolerance for those harmonics (in line with the small number of mVm described in the Unintentional Radiator test).

The Band Edge test is designed to ensure that your wireless product is only operating within the FCC allowed bands for that product. As spectrum is allocated for wireless, in some cases there is a small gap between one band that is allowed and another that is restricted. In other cases, a frequency band can be directly adjacent to a restricted band, meaning it’s especially important to ensure that signal doesn’t bleed into the restricted band.

A pre-scan test for this can identify unknown amplification of signal in these restricted frequencies which may be the result of the RF power amplifier, poor impedance matching, excess output power, and more.

Trust Our RF Experts to Know Where to Look Early On

These are just four of the most common areas where product designers frequently fail a first FCC certification attempt. Most importantly, they come up consistently even in designs that follow best practices! RF engineering often produces surprising and counterintuitive results due to the many complex interactions and behaviors of electronic and RF design. Simply put, it’s often unpredictable: the best route to success isn’t just to design well, it’s to test and measure early and often.

Laird Connectivity’s four decades of wireless product design and manufacturing help us to be an experienced and true partner in getting your design from concept to the marketplace. We’re a full-service test house with the expertise to identify problems before they impact your design and get you to market on time and within budget.

For more on these pre-scan tests, see our white paper, “An Engineer’s Guide to FCC Pre-Scans.”

To learn more about how our test engineers help at every step of the way, visit our page on EMC Testing.