Got Space to Spare? Consider Upgrading Your Wi-Fi. 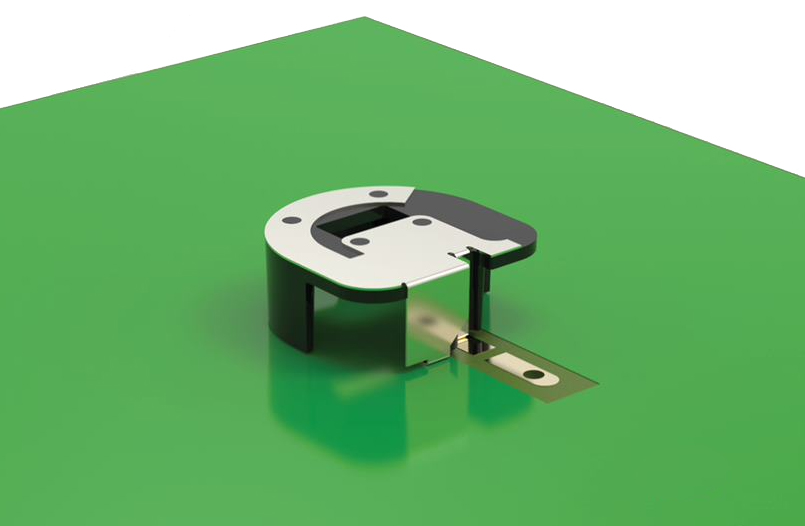 The Age-Old Problem: Space vs. Performance

In wireless devices, the quality of the wireless link is often the front-line of user experience, and can dramatically shape your customer’s perception of your device at large. Every piece of well-engineered and capable hardware has its bottleneck, and that means that the wireless link must be as carefully considered as every other part of your design. A poor wireless implementation means retries, delays, slow performance, and ultimately a bad experience for end users.

Every device’s needs are different as well. But in applications where wireless is critical to the device’s operation, a strong wireless implementation has to balance a trade-off that is all too familiar to hardware engineers: the available space and orientation of board space vs. the performance needed from integrated components.

Very commonly, Wi-Fi connection on an OEM board is supported by a ceramic chip antenna. The reasons for this are tied to that trade-off: ceramic chip antennas are small, inexpensive, and deliver high performance relative to their size. But they often don’t provide the highest performance, and that is measurable in a few dimensions important to antennas: efficiency and gain.

In our D-Puck Comparison white paper, we lay out a side-by-side comparison of our metallic D-Puck antenna versus two popular competitors to demonstrate the performance improvements and simplified integration of the D-Puck in comparable installations. What the D-Puck lacks by occupying more board space is made up for significantly in terms of measurable performance data. In OEM designs with the space to spare, it can make a big difference in the coverage and performance of your wireless link. Importantly, it can also be center-mounted on the board, leaving premium edge space for peripheral connectors and other hardware that must interface externally.

Direct comparison graphs, details on test setup and more can be found in our D-Puck Comparison white paper.

Efficiency is an important measure of antenna performance, and more importantly has an impact on the device at large. Efficiency is a measure of the relationship between the power driven to an antenna and the radiated strength of that antenna. An antenna that radiates more powerfully with less consumption is one with a higher efficiency. But the concern is as much with the strength of the signal as it is with the device’s power consumption: an inefficient antenna is a bigger draw on power resources. It must compensate and drive increasing amounts of power to the antenna to achieve the same results.

In direct comparison, the D-Puck entirely outperformed one competitor in all frequencies and outperformed the other in over 75% of the tested frequencies. This seems counterintuitive, but the data bears out the conclusion that a much larger antenna relies on less power usage AND delivers more thorough coverage at the same time. While these chip antennas conserve board space, they demonstrably provide narrower frequency coverage and do it at a higher cost to the system’s power supply.

Gain refers to an antennas relative ability to radiate vs. a theoretical isotropic or spherical antenna, and as such is a comparison figure that illustrates an antenna’s performance above an established baseline. Gain is important, and is most typically expressed in regards to the azimuth plane: in other words, the “horizon” of the sphere.

It’s also another area where the D-Puck excels in comparison to our two tested competitors in nearly all frequency ranges. We tested the D-Puck and two competitors for their omnidirectional radiation pattern, the strength in all directions around that horizon. Those patterns are mapped in our D-Puck comparison paper and make it clear: the D-Puck maintains a more consistent and even pattern of gain in all directions than either competitor at both 2450 MHz and 5300 MHz.

This isn’t just a data point, or a nice to have: this means that the D-Puck has more thorough, comprehensive coverage in a real-world install. An even and consistent pattern of gain means your device won’t suffer or struggle to connect based on the direction it’s oriented with relation to the receiver. This isn’t always a problem with devices in the field, but in combination with the D-Puck’s resistance to detuning, higher efficiency, and the full picture of better performance, the D-Puck is the antenna best suited to ensure reliable connection in challenging environments.

Overall Performance: Worth the Trade-Off

The takeaway from all of this test data is consistent: while the D-Puck is much larger than a competing ceramic chip antenna, that additional space is rewarded with better performance, resistance to environmental conditions, better efficiency for a longer-lasting battery, and more thorough coverage in all directions. And since the D-Puck can comfortably operate in the center of the board (unlike ceramics, which require an edge mount to work well), you can recover valuable edge space. Prioritize exterior-facing hardware that requires mounting on the edge of your PCB design without sacrificing high performance in your wireless component.

These are the kinds of practical concerns that really matter in devices which rely heavily on wireless coverage. And where there is space to spare, the D-Puck can make a big difference in how devices perform in users’ hands.

We provide a wide array of antennas for 2.4 and 5 GHz (Wi-Fi and Bluetooth), multiband / cellular IoT and M2M, and NFC. Our industry-unique patented peel-and-stick PIFA antennas offer unique support for embedded Wi-Fi and Bluetooth, including resistance to detuning in metal-mount conditions. And all antennas are backed by our 5-Year Warranty.

Visit https://www.lairdconnect.com/rf-antennas/internal-antennas to learn more about our internal antenna portfolio.