Release 13 of the 3GPP’s mobile broadband standard introduced two new categories of narrowband cellular technologies suited for IoT devices: LTE Cat M1 and LTE Cat NB1. They are subsets of two top-level standards: LTE-M and NB-IoT. They’re relatively new, but are already being heavily rolled out around the world. As of March 2019, they’re in 53 countries, supported by 104 operators, and are on their way to 16 more countries at present. They represent the beginning motions of what is soon to be a massive wave of low-bandwidth smart IoT devices slated to appear around the world. Everything from clothing to appliances to city infrastructure is soon to have embedded, intelligent wireless devices built in, taking advantage of the information around us in exciting and innovative ways.

Still, the question remains: Why two categories? eMTC (a subset of LTE-M) and NB-IoT were both introduced simultaneously in Release 13. While both categories are designed for mobile cellular devices with IoT applications in mind, they are quite different. If you’re planning on entering the IoT marketplace, it’s important to understand the difference between the two, and to select the protocol and hardware that supports your device’s needs.

Relating the two: LTE-M vs NB-IoT

To be very specific, LTE-M and NB-IoT are the two top-level categories of low power, low bandwidth devices spelled out by the 3GPP. Within each are subtypes and sub-subtypes, largely necessitated by further specialization in the 3GPP standard.

What this means is that when we’re talking about NB-IOT or LTE-M or eMTC, what we’re really talking about in the current rollout of real-world networks is LTE Cat M1, the newest LTE-M standard, and LTE Cat NB1, the latest NB-IoT standard. Both have new counterparts introduced in Release 14 of the 3GPP standard as well, but for the moment these are the two varieties of modern low power cellular devices.

So what is the difference between the two? Why have two separate categories for low power IoT devices within the same standard? The explanation has to do with questions of type and degree of low power device. And understanding this is critical to entering the cellular IoT space with the right equipment for your design.

LPWAN: How low is “Low Power”?

The explanations for the two are more apparent when extrapolating the names of each:

This helps illuminate the difference in their defining characteristics. With eMTC devices, the focus is on providing a venue for machine-to-machine type communication. This requires a higher data rate and more overall throughput than the very low usage sensor devices that occupy the bottom end of the IoT. Currently, LTE Cat M1 supports around 1 Mbit/s up and down with a frequency bandwidth of around 1.4 MHz – and that bandwidth is important in the distinction between LTE Cat M1 and LTE Cat NB1.

The defining trait of NB-IoT devices is that “narrowband” component. NB-IoT is designed for intermittently communicating, lightweight, low data usage devices that make up most of the sensors in the IoT. By design, they don’t require a serial-like connection as is found in LTE Cat M1. Instead, these devices might only transmit a few times an hour, and when they do the data volume is low. This means there are lesser requirements for data rates, less demands for low latency, and as a result of these, frequency bandwidths can be narrower. This is why LTE Cat NB1 currently budgets 180 KHz bandwidth, a little more than a tenth of the space provided by LTE Cat M1.

Not detailed here is the impact that all of this has on power usage. Power usage is highly variable and dependent on the application, and it can be difficult to give a useful estimate on how much less power an NB-IoT device uses as compared to an LTE-M device. But a useful way of distinguishing is to say that NB-IoT devices are meant to be deployed in the field for months or years on the same set of batteries. This is less common of LTE-M devices, and is impossible in those which require a more constant connection.

Entering the IoT cellular space effectively is about finding the wireless that best matches your needs without exceeding them. Utilizing NB-IoT where appropriate is more efficient, placing less demand on your host device by sleeping longer between transmitting. It is a protocol that is more lightweight, less heavy on data, and therefore NB-IoT has a lower cost to operate. This is especially important at scale, with thousands or hundreds of thousands of devices deployed at once.

On the other hand, many IoT applications cannot get by on intermittent communications, or have a need for incredibly low latency. Smart traffic signaling, for example, must operate in a reliable and timely manner for the safety of everyone on the road. For these devices, LTE-M provides a more substantial, data-rich connection. This comes at a higher cost to operate and with more battery usage, but it’s the superior choice for applications that require it.

Ultimately, it’s important to select the right protocol, as well as the right hardware. Some cellular modules are capable of both NB-IoT and LTE-M; others are not, and only serve one or the other. Laird Connectivity’s Pinnacle-100 modem, for example, is capable of both NB-IoT and LTE-M, and is carrier certified for use with AT&T, Verizon, and Vodafone. It also supports Bluetooth 5, making it easy to take personal area network data to the cloud over the protocol best suited to your application. 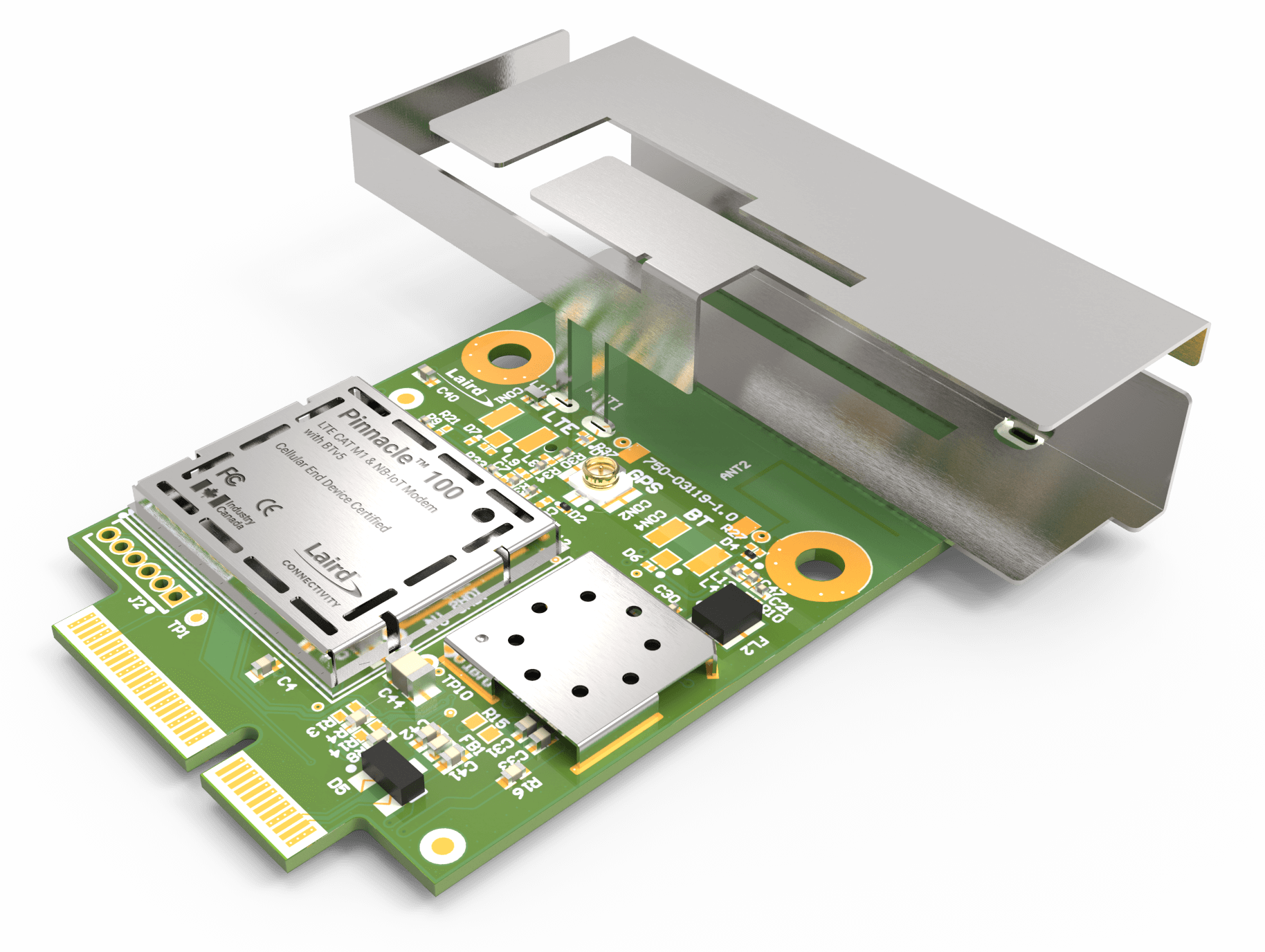