3 Key Takeaways from This Year’s “The Things Conference” 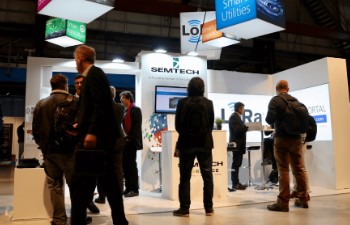 The Things Conference: The Best of the Present, and a Peek at the Future

This year’s The Things Conference from September 22 to 23, 2022 celebrated seven years of explosive growth in the LoRaWAN ecosystem by showcasing the latest and greatest LoRaWAN applications, introducing developers with key LoRaWAN partners, and presenting over 70 keynote presentations and workshop opportunities.

The Things Conference is always an excellent opportunity for members of the LoRaWAN development community to get a sense of the state of LoRaWAN, current and future developments for the standard and for emerging use cases and development tools. This year’s conference was no exception, and Laird Connectivity’s Senior Product Manager for IoT, Senthooran Ragavan, joined the many visitors in Amsterdam for a look at the current and emerging field of developments for LoRaWAN.

He shared the following three key takeaways, which illuminate the state of LoRaWAN today.

1. Smart Medical and Smart Agriculture are an emerging focus for LoRaWAN applications.

While LoRaWAN presents a broadly-useful networking architecture with applications in all the world’s industries, the industries where developers have actually spent their development time have yet to finish their expansion. Smart buildings, smart cities, and supply chain (particularly cold chain) logistics might make up the largest block of real-world applications in use today. However, this year’s The Things Conference brought into the spotlight many smart medical and smart agriculture use cases. There are indications that this is an increased area of focus for LoRaWAN.

The reasons for LoRaWAN’s increased focus in these markets may be different for each. In smart medical, wireless protocols that don’t have to piggyback onto existing wireless infrastructure (such as in-hospital Wi-Fi) are more attractive to the end customer. LoRaWAN’s exceptional range and ability to perform in RF-challenging, metal-heavy environments may make LoRaWAN a strong contender in these places.

In the case of smart agriculture, the ability to place battery-powered sensor devices in the field and to communicate over such large distances makes LoRaWAN a smart choice for monitoring wide outdoor spaces. The lightweight power demands also make LoRaWAN devices a suitable candidate for solar power, provided that they communicate infrequently enough to rely on the charge provided by a solar panel.

The increased presence of applications like these at The Things Conference seems to be an indication in the growing interest and viability of applications in these industries.

2. Sensor-to-satellite communication is possible now with LoRaWAN – but it’s only the beginning.

LoRaWAN is noted for its long range – after all, it IS in the name – but that range is still, relatively speaking, terrestrial. While records have been set for unusually large communication distances (at the time of this writing, 476 miles), we typically think of LoRaWAN with a practical range of more like 5-7 miles at most. However, by utilizing a different protocol known as LR-FHSS (long range frequency hopping spread spectrum), it’s possible for LoRaWAN devices to communicate much farther. In particular, it’s possible to beam signal into low earth orbit.

This was announced as a possibility nearly two years ago, but this year’s The Things Conference brought presentations with Semtech, The Things Industries and Lacuna Space demonstrating the proof of concept, and even inviting developers to experiment with an operational satellite-based gateway. The Things Industries in partnership with Lacuna Space have provided free access to satellite-based LoRaWAN connectivity for evaluation purposes.

In theory, many existing devices can take advantage of this LR-FHSS protocol and communicate to a satellite gateway today. However, from our perspective, this is still a relatively new application for LoRaWAN, and is likely to take some significant efforts to scale up to a fully global solution. We plan to cover this and other aspects of LR-FHSS in a future blog post.

That said, the benefits of this use case are obvious: many, many locales or applications are so remote or highly mobile (or both) that LoRaWAN is currently not a practical solution. Case in point: oceanic transportation, where many shipping containers are sent worldwide, far beyond the reach of any kind of gateway or infrastructure. In these cases, a satellite link is an excellent solution, open to the sky and away from many forms of obstruction or interference.

Keep an eye on our blog at www.lairdconnect.com/resources/blog for our next post on LR-FHSS.

3. The bedrock of the LoRaWAN ecosystem still largely is focused on temperature sensing applications.

Perhaps this is to be expected; after all, many of the most common applications targeted for LoRaWAN have temperature sensing in common. In smart buildings, cold chain, pharmaceutical storage, food safety, and more, reliable temperature sensing is a fundamental LoRaWAN use case, and continues to dominate. This makes itself apparent in The Things Industries’ device repository, and while it’s hard to directly quantify, it would appear as many as 80% of existing LoRaWAN applications are still fundamentally in this category.

But that’s just so far. Again, a large focus of this year’s conference was on the emerging future of the LoRaWAN ecosystem. The opening keynote highlighted smart hand sanitizing stations, smart city lighting, and gas sensors to identify forest fires. The Things Industries are not alone in identifying many other possible applications for LoRaWAN, some of which have yet to fully materialize. But while these bedrock temperature sensing applications may not always occupy the 80% share they have today, they are a primary case that will always be a part of the LoRaWAN ecosystem.

Over the last seven years, LoRaWAN has grown to enjoy nearly worldwide support, and The Things Industries have continually coordinated their efforts towards helping developers design connected things and scale those designs into the hundreds or thousands of deployments. The Things Network currently enjoys over 170,000 members, 1200 certified developers, over 20,000 gateways, and 56.5 million network messages. Our own Sentrius™ RG1xx gateways and RS1xx LoRaWAN sensors are a part of this extensive ecosystem of LoRaWAN-enabled devices.

The Things Conference was another great opportunity to reflect on the state of The Things Network and the LoRaWAN ecosystem at large. Partners and developers alike came together to reflect on the growth of the last near-decade, and more importantly, the lay of the road ahead for the next wave of LoRaWAN deployments around the world.

For more on our IoT devices, including our Sentrius™ RG1xx gateways and RS1xx sensors, visit us at: 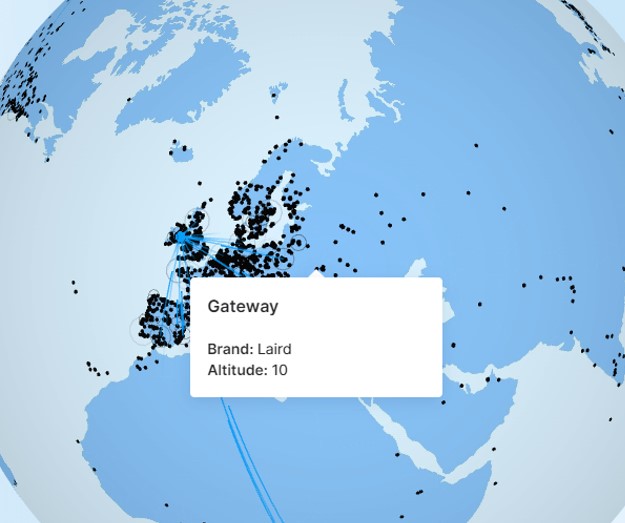